America Has a Health-Care Crisis — in Prisons 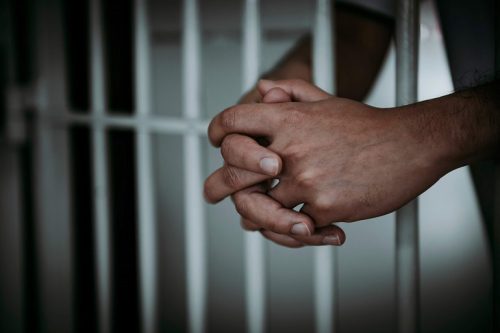 Prison is no place to get sick. The nation’s incarcerated population is aging rapidly, with nearly four times as many inmates 55 or over as there were at the start of this century. That’s led to increased rates of diabetes and heart disease, among many other problems. Younger offenders are hardly the picture of health, given their high rates of addiction. Altogether, prisoners make up 1 percent of the population, yet they account for 35 percent of the nation’s total cases of hepatitis C. “They are the most expensive segment of the population,” says Marc Stern, a public health professor at the University of Washington, “and they are the sickest.”

For all the care that inmates need, they’re unlikely to receive adequate medical attention. Over the past dozen years or so, a majority of states have contracted out prison health care to private companies. The leading vendors have all been on the receiving end of hundreds of lawsuits. Some are frivolous, but some have led to multimillion-dollar judgments and court orders to change their practices. It’s a problem that could get worse.

Horror stories of needless deaths abound. From Arizona to Florida, prisoners with cancer have been treated with nothing more than Tylenol. A recent Columbia University study found that 97 percent of inmates with hepatitis C do not receive the expensive medication they need. Inmates routinely have to complain of the same symptoms multiple times before they even get to see a doctor, sometimes waiting weeks. There’s no doubt that prisoners have faked illnesses, and escape attempts during medical transfers to hospitals are a real problem. But too often the default attitude among guards and other staff is that inmates are lying about being sick, says Susan Lawrence, a physician and attorney who has worked in prisons.

Lawrence once had a patient in prison with liver cancer. Staff videotaped him working out in the yard to prove he was a fraud. He died a month after she was finally able to treat him. “The man had had rectal bleeding over a year. It was never taken seriously,” Lawrence says. “They didn’t understand how you can still function with metastasis. ‘How bad could it be? He’s working out. How can he have terminal cancer?’”

States often pay private companies on a per-inmate, per-day basis. That creates an incentive to cut costs. The market forces that discipline private providers on the outside, however, don’t apply in prison. There is no consumer choice. An inmate who doesn’t think medical treatment is up to par can’t switch to another prison, let alone a different hospital. And if the state, not the prisoner, is the customer, state officials don’t always know what they’re getting. Record-keeping is notoriously poor, and in some states, the department of corrections doesn’t even receive annual reports from its vendors.

When prison health care was first privatized in a major way, there was little reliable actuarial data, so it wasn’t clear what a reasonable price structure would look like. Over time, governments figured that information out and started writing better contracts, but that led to shrinking profit margins for vendors.

There have been other stresses on the business model. What was a growth area a decade ago is now stagnant. The state systems and large jails that are likely to privatize have already done so. With few new contracts out for bidding, providers low-ball one another in order to get business. That leaves yet less money available for care.

There’s been considerable consolidation within the prison health-care field. At this point, there are three major players — Corizon Health, Centurion Managed Care and Wexford Health Sources. States unhappy with their services don’t have many other places to turn. In December, Maryland gave its business to Corizon, having grown dissatisfied with Wexford. A few months later, Corizon was replaced by Centurion in Arizona. That state, which is embroiled in legal battles with a federal court about monitoring and performance measures in prison health, has now used all three companies. “It’s like a game of musical chairs, but there are only three chairs,” says David Fathi, director of the ACLU National Prison Project. “States tend to switch but they can pretty quickly run through all three.”

A change in contractors doesn’t necessarily lead to a change in care. Medical personnel often keep their jobs, particularly at remote rural facilities. The vendors co-opt each other’s staff and cannibalize each other’s business. None of that is good for care. It’s not clear, however, how many prison systems would be able to build their own medical teams back up, even if they wanted to. Having states provide health care themselves is no panacea anyway. Prison health care in California has been under receivership since 2006, when a federal court found that the state’s delivery of medical care did not meet constitutional standards. That’s why Stern, the public health professor, says, “if we focus on [the faults of] privatization, we’re not going to solve the problem.”

Some argue that prison health would improve if it were treated as part of the local community health safety net system. Communities are not immune to what happens inside their prisons, whether it’s opioid addiction or infectious disease. But most taxpayers on the outside don’t see prison health problems affecting their own well-being. The reality may be that treatment for those people society wants to punish will never become a top priority.

Originally Published by Alan Greenblatt in the August 2019 edition of Governing.

Mitigating Uncertainty by Focusing on Technology and Workforce