A Message from Christine McMahon, President and CEO of The Fedcap Group
June 19, 2020 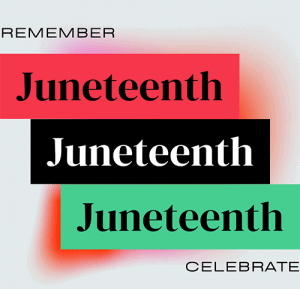 Today is Juneteenth, a commemoration of the end of slavery in the United States and a celebration of Black Americans’ contribution to making the nation a stronger democracy and more just society.

Dating back to 1865, it was on June 19th that the Union soldiers, led by Major General Gordon Granger, landed at Galveston, Texas with news that the war had ended and that the enslaved were now free—two and one half years after President Lincoln declared the Emancipation Proclamation.

“The people of Texas are informed that, in accordance with a proclamation from the Executive of the United States, all slaves are free. This involves an absolute equality of personal rights and rights of property between former masters and slaves, and the connection heretofore existing between them becomes that between employer and hired labor…” —General Orders, Number 3; Headquarters District of Texas, Galveston, June 19, 1865

The celebration of June 19th was coined “Juneteenth” and became a day for African Americans to reassure one another, pray and gather remaining family members.

Today, Juneteenth is enjoying a phenomenal growth rate within communities and organizations throughout the country. Institutions such as the Smithsonian, the Henry Ford Museum and others have begun sponsoring Juneteenth-centered activities with the goal to cultivate knowledge and appreciation of African American history and culture, and to celebrate African American freedom and achievement.

Across America, companies and individuals are sharing in a moment of silence during Juneteenth to recognize the ongoing struggle for justice for all. We want to honor this historic day with a moment of silence as well. Please take some time out of your day today to pause and reflect on this significant occasion, remembering the words of Dr. Martin Luther King, Jr.: “Injustice anywhere is a threat to justice everywhere.”

Thank you for taking part in honoring the legacy of Juneteenth.