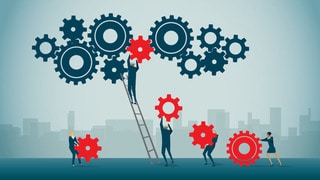 There is a great quote by Albert Szent- Gyorgyi that resonates with me: “Research is to see what everyone else has seen and to use the information to think what nobody else has thought”.

Over the course of the past several decades, evidence has become more fully embedded in human services. Evidence based practice is a process that involves creating an answerable question based on a client need, locating the best available evidence to answer the question, applying the evidence, and evaluating the effectiveness and efficiency of the solution. The current human service marketplace demands performance. It requires that we work hard to design, and refine our interventions, applying rigorous research to ensure that our limited resources are utilized optimally to change lives.

Single Stop is a company of The Fedcap Group (www.singlestop.org). Single Stop offers a one-stop off-ramp out of poverty by supporting individuals and families in meeting their basic needs, including food, housing and health care. Its national network of partner organizations allows Single Stop to meet clients at their point of need in the places they frequent the most such as food pantries, libraries, veterans’ centers, community colleges and universities. Over the past several years Single Stop has been focused on addressing food insecurity on college campuses. According to the 2018 study by Temple University and Wisconsin Hope Lab, the survey of 43,000 college students at 66 schools found that 36 percent of students on U.S. college campuses are considered “food insecure,” meaning they do not get enough to eat. Similar studies echo these statistics. The study found that hunger is a particularly prevalent issue on community college campuses and that 42 percent of community college students were food insecure. One of the biggest issues for students is affording healthy food, with 46 percent of community college students reporting an inability to pay for balanced meals. Unsurprisingly, when students are forced to worry about when their next meal will be or where they will sleep at night, their academic performances suffer. One study from researchers at the University of Florida found that food insecure students were more likely to have GPAs below a B average.

Recently Single Stop was invited to present at The Society for Social Work and Research’s 24th Annual Conference: Reducing Racial and Economic Inequality in Washington D.C., which included thousands of researchers, scholars and practitioners from around the world. The presentation was given as part of a panel discussion on Inequality, Poverty and Social Welfare Policy and included key findings of the Single Stop Impact and Implementation Report released by Metis Associates in 2018. The report detailed the impact Single Stop is having on college campuses including:

• First-Time-In-College (FTIC) students who utilized Single Stop services were 9.6 percentage points more likely to stay enrolled or have graduated by the end of Spring 2017 than their peers who did not utilize Single Stop.

• Non-FTIC students who used Single Stop services had persistence rates that were 8.2 percentage points higher than their peers.

• Non-FTIC students who used Single Stop services had degree-bearing credit pass rates that were 6.2 percentage points higher than their peers.

• GPAs for both groups were also higher than their peers who did not utilize Single Stop.

The Fedcap Group values this important research and is committed to replicating the promising practices of Single Stop to impact college graduation rates across the country. Now that we have a growing body of research about what works to change college persistence and graduation rates, we believe we have an obligation to disseminate this knowledge with the intent of integrating Single Stop type services on every college campus in the country—building a national mandate that Single Stop type services are embedded in the college environment.

Convenings such as those held by the Society for Social Work and Research emphasize our collective responsibility to work together to shape our service delivery systems and influence decision-making in policy and practice through research and information dissemination.

I invite you to think about how you are contributing to systems-level change within your area of practice. I would love to hear from you!