NEW YORK, N.Y. (May 29, 2019) – The Fedcap Group, the parent company for a growing network of top tier nonprofit agencies, today reported its operating and financial results for the first half of fiscal 2019, ended March 31, 2019. Committed to providing services that positively impact the lives of people with barriers to social and economic well-being, The Fedcap Group operates in four main practice areas:  Workforce Development, Education, Occupational Health and Economic Development.

“The first half of fiscal 2019 was a period of significant progress for The Fedcap Group,” said Christine McMahon, Chief Executive Officer. “We succeeded in substantially expanding the universe of individuals served by the top-tier agencies that comprise the Group; we built out our services in key areas of focus and in new geographies; and we established and expanded our international footprint through acquisition and follow-on organic growth.

“The Fedcap Group’s branded agencies provided services to over 150,000 children, youth and adults in the first half of this fiscal year.  Additionally, we expanded our services in several critical areas. These included a considerable increase in our work with the criminal justice population, where we provided on-site and office-based employment and housing-related services to nearly 2700 individuals and we began to ramp-up new managed care contracts to provide services to at-risk populations in New York, New Hampshire and Texas through our relationships with large, for-profit insurers.

“A key highlight of the first half was our acquisition of Kennedy-Scott, a U.K.-based organization that provides employment services. With that combination completed, we were awarded additional contracts in the U.K., where we are re-branded now as Fedcap Employment and we won a contract to provide similar services in Scotland, where we are operating as Fedcap Scotland.  Through these three companies, we are projected to serve 7,400 individuals in the UK in FY 2019.    The establishment and continued development of our international operations follows The Fedcap Group’s successful completion of several international projects and represents an important platform from which to replicate the positive outcomes that we have achieved domestically.”

First Half 2019 Financial and Operating Metrics

First half 2019 operating expenses were $145.3 million, 88% of which represented direct program expenses. Fedcap reported an operating surplus of $190,340 for the first half compared to $62,706 in the same period last year.

In December 2018, Fedcap increased its working capital line of credit to $28 million, a level commensurate with organization’s growth.

Key Contract Wins in the First Half of Fiscal 2019

“First half 2019 results have set the stage for another year of positive achievements at The Fedcap Group. New contract wins and recent acquisitions are expected to offset most of the revenue impact of the completion of a large contract that was a significant contributor to growth in fiscal 2018. The scale we have gained following several years of back-to-back, double-digit revenue growth has provided us resources to invest in program development to support the continued growth that we see on the horizon.

“The Fedcap Group ended the first half of fiscal 2019 in a strong financial position, and we continue to operate with rigorous financial and risk management controls and procedures to ensure that we remain a sustainable organization with sufficient infrastructure and resources to effectively serve clients.

“We are leveraging complementary capabilities and qualifications across our organization to achieve positive outcomes for clients and to win strategically important contracts.  The Fedcap Group’s operations now span 22 states domestically and the United Kingdom, enabling us to serve populations in need across a broad geographic footprint. Additionally, we continue to engage with other like-minded service providers to explore opportunities together that have the potential to significantly strengthen our combined impact on key issues facing the populations we serve,” Ms. McMahon noted.

About The Fedcap Group

The Fedcap Group also invests its time and resources in broader system change—working in partnership with federal, state and local government to improve the way services are designed, funded and delivered. 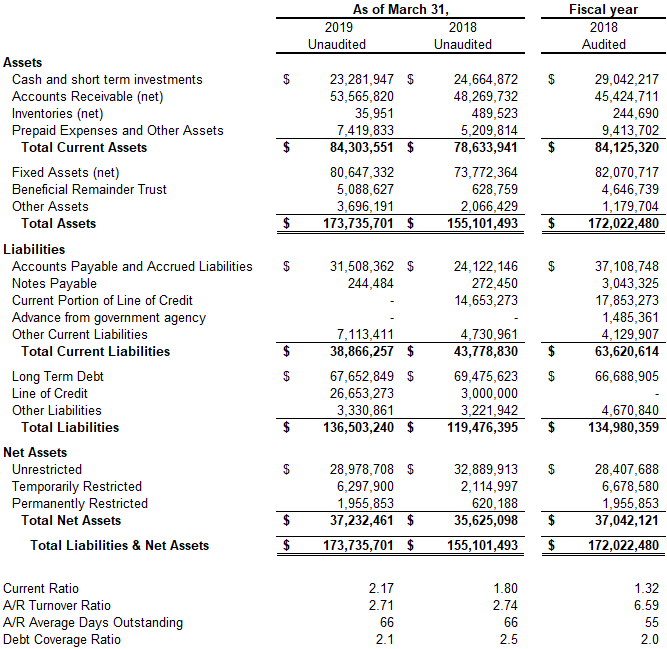 Consolidated Statement of Activities and Changes in Net Assets 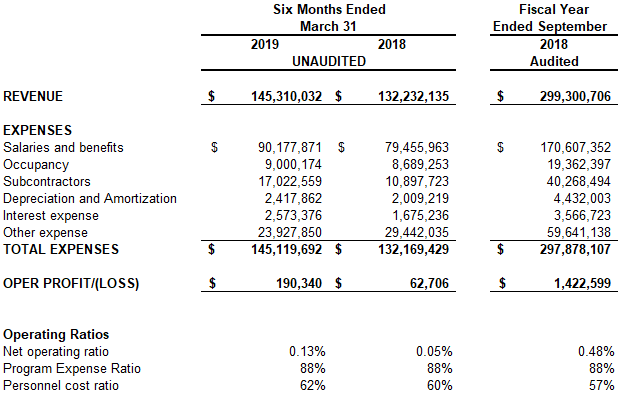 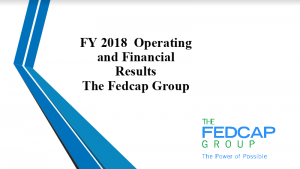