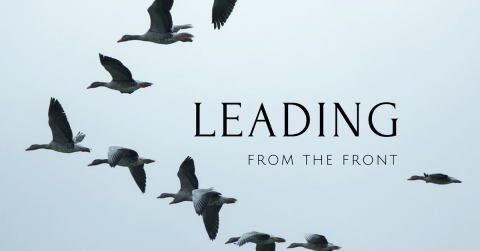 Memorial Day is just a week away, and while we pause to remember and honor those who have fallen in service to our country, I am also moved by lessons learned from military leaders who have faced the most difficult and high-stakes challenges and crises imaginable.

Ret. Colonel David Sutherland, Chairman of Dixon Center for Military and Veterans Services, an organization that is an essential part of The Fedcap Group, is a leader whose wisdom and insight I value.

I thank Col. Sutherland for his great insight.  And, as always, I welcome your thoughts.

LEAD FROM THE FRONT: A LITTLE KNOWLEDGE GOES A LONG WAY

Lead from the Front is a philosophy for team-building based on years of real-life experience in the field, culminating in Iraq.   One of the four traits of a leader is knowledge.

Say knowledge and people think “intelligence” and “information.”  True, it does mean that, but the main deliverable of knowledge is structure.  Think about it.  What do people really want to know before they begin a task and while they are completing it?

It’s such a simple concept, yet you’d be surprised how many people don’t operate under these principles.  And when leaders do answer these questions?  People will follow them places you couldn’t imagine.

Take Ted, one of the Troop Commanders who served with me in Iraq.  During the initial part of our 15-month deployment, his Troop First Sergeant was killed in action.  The Troops’ next First Sergeant was shot and wounded in action.  Ted himself was engaged directly or within proximity of his convoy by as many as 70 IEDs.  And yet his troop accomplished more than I ever thought possible.  How?  Ted explained every task and didn’t overreact.  His troops understood the job that needed to get done and why they were doing it.  He put structure where it was needed and ensured standards were understood.

General George Patton once said, “Don’t tell someone how to do it, tell them what to do and they’ll surprise you.”

Follow that advice and you’ll have workers who are both competent and confident.

PrevPreviousLeadership is Action, Not Position
NextLeadership and Learning Are a Way of LifeNext