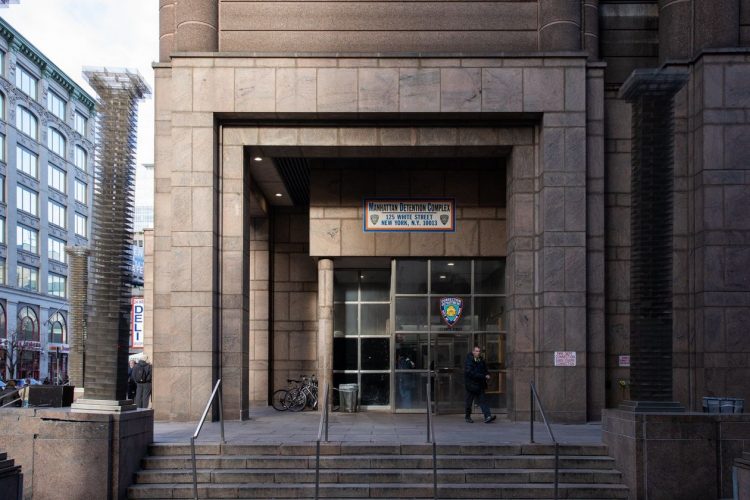 By Alexis Gravely
June 27, 2019
Across New York City, some community members are pushing back as city leaders lay the groundwork to build four new jails within the next seven years.

The new facilities are at the center of a plan to close the city jail complex at Rikers Island, which critics say has a culture of violence, aging infrastructure, and is located in the East River between Queens and the Bronx.

The plan to close Rikers, which was widely praised when announced by Mayor Bill de Blasio in 2017, calls for shrinking the city jail population from 7,400 to 4,000 inmates by 2026 and building jails in Manhattan, Queens, the Bronx and Brooklyn. The city budget has allocated $8.7 billion for the project.

Later this summer, the City Planning Commission will vote on the proposal. If the commission approves it, the plan would head to the City Council.

But as the city moves through a process that includes input from the public and community leaders, it faces angry residents and a lawsuit in the Bronx.

In Manhattan, Queens and Brooklyn, the new jails would be built where existing detention centers stand.

The proposed site in the Bronx, which currently serves as a New York Police Department tow pound, is adjacent to an affordable-housing complex. Many residents are upset at the proximity of the facility to their homes.

Some community members are opposed to the proposed sizes of the jails, which range in maximum height from 245 feet to 450 feet and would have slightly more than 1,400 beds—though the city says the dimensions will be reduced.

Many residents also are concerned about the transportation problems that could accompany the new facilities and how construction would impact the area.

“We’re going to be facing construction nightmares…the traffic, parking, all of these variables are going to affect the businesses and the community,” said Irving Lee, a longtime Chinatown resident.

The 450-foot tall Manhattan jail is proposed at the site of the Manhattan Detention Complex in the Chinatown area. Renderings released by the city show a gleaming skyscraper with retail shops on the ground floor.

The mayor’s office said it has continued to see strong support for closing Rikers and is committed to understanding and addressing residents’ concerns regarding the borough-based jails.

At a forum hosted by Manhattan Borough President Gale Brewer in lower Manhattan earlier this month, more than 50 people testified about the jail proposed for the borough.

Former Rikers inmate Davon Woodley described the situation at the complex as a “human rights crisis.” While he supports the new borough jails, which he hopes will be designed better, he stressed that the culture of the system must change.

One resident brought a tabletop model of the lower Manhattan neighborhood that showed the proposed new jail—a tall gray building—disproportionately looming over the other structures.

Jonathan Hollander, who lives and runs a nonprofit near the proposed Manhattan site, said the construction would disrupt senior citizens doing tai chi in the mornings and children playing in Columbus Park.

“One question I have is how such a ridiculous plan could emerge from so much intelligence,” Mr. Hollander said.

Not all residents were against the Chinatown proposal.

Elizabeth Hovey, who has lived in the area for 28 years, said it is important to locate the jails where inmates could more easily access their lawyers and the courts.

Meanwhile, in Queens, seven Democratic candidates in Tuesday’s district attorney’s race were at odds about the new jails. The candidates agreed that Rikers should be closed, but differed as to what should replace it.

At a recent debate, former Judge Greg Lasak said the Rikers complex should be rebuilt.

In Brooklyn, anti-borough jail protesters prevented a local community board from voting in time to make an official recommendation to the planning board.

At its May meeting, Community Board 2 voted on a motion to approve the jail. When the motion failed, an outburst by demonstrators prevented the board from passing a new recommendation.

The facility is planned for downtown Brooklyn at the site of the Brooklyn Detention Complex.

In the Bronx, a jail is proposed for the Mott Haven neighborhood. An affordable-housing developer and a local resident filed a lawsuit against the city. The suit claims officials aren’t fairly evaluating the city-owned site, noting the approval process includes all four proposed jails.

“Because they lumped all of the sites together…it makes it difficult to judge the impact on each individual site,” said Adam Stein, a lawyer from the firm Stein Adler Dabah & Zelkowitz LLP who is representing the petitioners.

The mayor’s office said it is only possible to close Rikers by opening all four borough facilities. The administration said it is engaging with specific neighborhoods to understand residents’ concerns.

“You cannot be for closing Rikers Island without saying where you’re going to put those folks,” he said at the debate.

Words of Wisdom in the Pursuit of Justice: A Compilation of Perspectives to Celebrate Black History Month

The Value of An Outcome-Focused Theory of Change