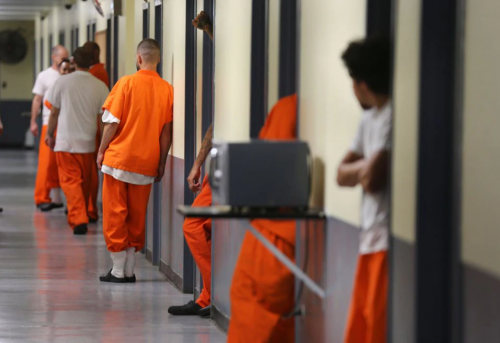 A state advisory commission has recommended that the Legislature put an end to the practice of incarcerating men who are civilly committed for addiction treatment.

The nonbinding recommendation by the Section 35 Commission, released this week, may bolster proposed legislation requiring that those ordered into treatment receive care at a licensed facility. Meanwhile, the state is facing a lawsuit with the same goal.

The moves reflect the trend toward regarding addiction as a health problem rather than criminal or immoral behavior. Commission members heard from former patients who described the trauma of being locked up even though they had committed no crime.

“I want anyone with addiction to be treated in a health care facility, not a criminal justice facility,” said state Representative Ruth B. Balser, a Newton Democrat who served on the commission and also sponsored one of two bills that would carry out the recommendation.

If the Legislature takes the recommended action, it would effectively close down a decades-old and much-maligned program run by the Massachusetts Department of Correction, now located at a Plymouth prison.

It could also shutter a year-old program run by Hampden County Sheriff Nicholas Cocchi, which takes a different approach and has been widely praised. That prompted the lone negative vote, from state Representative Michael J. Finn, a West Springfield Democrat.

Finn said he didn’t object to closing the Plymouth prison facility, but considered it a wasteful mistake to shut down Cocchi’s well regarded program, which the state has already invested in building. “Correctional settings can be a part of the solution,” he said.

The 29-member commission, which included state officials, legislators, advocates, and addiction specialists, specified that if these prison-based programs are closed, an equal number of beds should be opened in other programs. It also called for expansion of “low-threshold, treatment-on-demand models” in which patients are provided immediate access to care, including medications.

The commission’s recommendations don’t seek to end the civil commitment process, but do call for limiting its use and studying its effectiveness.

“The thrust of this, and some of the other recommendations, is to be building a more robust system of care, to make it more accessible, so we don’t have to be sending people involuntarily,” Balser said.

Under Section 35 of Massachusetts law, a family member, police officer, physician, or court official may petition a judge to force a person addicted to drugs or alcohol to go to treatment if the person is likely to harm themselves or someone else. Some 6,000 people a year are ordered into treatment through this process and can be held against their will for as long as 90 days.

The Legislature voted to end the practice of incarcerating women under Section 35 in 2016 but has continued to allow it for men. All women and some men who are civilly committed get sent to treatment facilities; but the majority of men end up in a program run by correctional officials.

Many states have laws allowing forced addiction treatment, but Massachusetts courts resort to it much more frequently than most other states. And Massachusetts is the only state that sends men so committed into correctional settings.

Section 35 has long been seen as a last resort for people who couldn’t get help elsewhere. When a proposal to shut down the prison-based program was floated in 2009, parents streamed to the State House in protest, saying it was needed to prevent young people impaired by addiction from dying in the streets.

But in recent years, the state has vastly expanded treatment programs and supported efforts to make it easier for patients to connect with care.

And there is very little data on the effectiveness of involuntary treatment.

Mark Larsen, director of mental health litigation for the Committee for Public Counsel Services, which provides lawyers for those needing legal representation, said that a significant portion of people committed to treatment don’t object to the proceeding. Some have even asked a relative to have them committed. Yet even these people are often treated as criminals, he said.

The commission favored narrowing the Section 35 law so it can’t be used in cases where people are willing to go to treatment and would apply only when the person is in danger of harms “above and beyond the harms that are routinely attendant upon the abuse of substances, such as death by overdose.”

Cocchi, the Hampden County sheriff, said the commission is taking a hard-line position against all jail-based programs without considering quality or regional needs. Before he opened his program, there were no Section 35 beds in Western Massachusetts, forcing patients from the region to travel hours in a police van to facilities in the eastern part of the state.

For a little over a year, Cocchi has run two Section 35 facilities: an 85-bed detox in Ludlow, which is locked, and an unlocked 32-bed unit in Springfield that offers longer-term therapy after detox.

“We don’t treat any clients like inmates,” Cocchi said. “They are not cuffed. They are not shackled. They’re not strip searched.”

The program employs addiction professionals who are in recovery themselves, includes a mental health unit, connects patients to services upon discharge, and even offers visits by a therapy dog.

Of the 770 people admitted to Cocchi’s program, only 21 left without completing treatment and only 39 were committed a second time — a record Cocchi called dramatically better than the Section 35 facilities overseen by the Department of Public Health.

“The guys in Hampden, they’re doing a very good job, they’ve got a very good program,” said state Senator Cindy F. Friedman, a Democrat from the Fourth Middlesex District and commission member. But, she said, “It’s still in a jail. It just doesn’t compute.”

Balser, the Newton legislator, said she regrets that one voice remained unheard in the discussions: that of the Baker administration. Because of the lawsuit, the four members of the executive branch who served on the commission were required to abstain from opining or voting.

Originally posted in the Boston Globe by Felice J. Freyer.

The Nonprofit Sector Is Growing and It Matters!