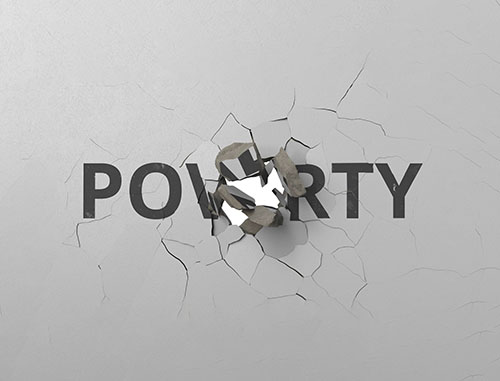 Each week, executive and senior leadership from every company and corporate services department of The Fedcap Group meets to discuss operations and initiatives to enhance our relevance, sustainability and our impact.

We spend a portion of this two-hour meeting on an issue that is germane to our work or topical—such as Black Lives Matter or the assault on the Capitol. Leaders have very divergent views and as such, the conversations elicit different perspectives and insight.

Recently, we had an in-depth discussion on poverty. As an organization committed to the economic well-being of the individuals we serve, we are immersed in poverty fighting. To this end, it is critical for every employee of The Fedcap Group to explore the beliefs, values and biases that frame our approach to the work. To tee up to this conversation, I asked every leader what they believe about poverty in general and to describe some of the challenges people faced in trying to lift themselves out of poverty.

These kinds of conversations provide an opportunity to better understand what our leaders fundamentally believe, their critical thinking skills, and how beliefs and critical thinking are entwined with problem solving.

People’s beliefs about poverty, and by extension the poor, are complicated. Our attitudes directly impact the way we structure and carry out our work.

Research abounds on how educators’ beliefs about poverty and the poor impact teaching and classroom discipline. In 2019, Edward Fergus wrote an interesting article entitled Confronting Our Beliefs About Poverty and Discipline. “Poverty-disciplining belief,” he states, “is the assumption that poverty itself is a kind of ‘culture,’ characterized by dysfunctional behaviors that prevent success in school. In effect, it pathologizes children who live (or whose parents lived) in low-income communities. And while it doesn’t focus on race per se, it is often used as a proxy for race and to justify racial disparities in disciplinary referrals, achievement, and enrollment in gifted, AP, and honors courses, as well as to justify harsh punishments for ‘disobedience’ or ‘disorderly conduct’ or ‘disrespect.’”

In early 2001, a national poll conducted by National Public Radio (NPR), the Kaiser Family Foundation, and Harvard University’s Kennedy School asked 2,000 Americans 18 or older, “Which is the bigger cause of poverty today: that people are not doing enough to help themselves out of poverty, or that circumstances beyond their control cause them to be poor?” Respondents were roughly equally divided between “people not doing enough” (48 percent) and “circumstances” (45 percent). This pretty accurately depicts the divide in our political climate. On the one hand people say that it is the fault of the poor who made bad choices and that finishing high school, getting a job, and waiting to get married and have children, significantly reduces the chance that you will end up poor. On the other hand, there are those who blame the social construct of society–institutional and structural racism and gender inequality–for creating and perpetuating poverty.

These beliefs directly impact how helping systems are funded and designed and how services are distributed at the federal, state and local level.

They also impact how we, at the provider level, design and deliver our services. My goal in holding these complex conversations with our leadership team is to make sure that we know what drives our work. To shine a spotlight on the values and beliefs that underscore our day-to-day work.

As always, I welcome your thoughts.

Technology as a Poverty Fighting Tool